Home » Flower Garden » How to Prune a Rose Bush (Video)

Pruning a rose bush after winter is really important to ensure you have a nice new growth of branches and beautiful blooms later on. Clipping the bush can be pretty confusing especially if you’ve never done it. In this post, you will learn How to Prune a Rose Bush (Video) tutorial included in the post for better understanding.

There are many ways to prune rose bushes. It depends on how big it is, how old it is and which way you want the rose branches to grow. You will have the best-looking roses from new growing branches, so it’s best to clip off most of the old branches.

Also, the airier the bush will be the better result of blooms you will get.

When to Prune Rose Bush

Pay attention to the plant, not the calendar (mother nature is usually right). When the rose bush starts to grow buds, it’s the perfect time to prune them. In my area, the pruning season usually begins in the middle to the end of March.

There are a few requirements you need to follow before pruning rose bushes or any bush or tree. Safety is always first!

For the Safety of the Rose Bush:

How to Prune a Rose Bush

Begin by clipping off dead, diseased, damaged, and crossing stems first. These branches can be recognized by the color. The healthy-looking branch is green, orange or red during the pruning time of year. On the other hand, black, gray, dark brown, or peeling is not a healthy-looking stem and most likely it is dead.

I prefer to clip branches at a roughly 45-degree angle, so the water does not accumulate on the top of the cut causing the mold to grow which will result in damaging the bush. Clipping branches at an angle resulting for the water to run off and that help in growing a healthy plant.

For the small and young rose bushes like I have, you need to clip the branches off to form a vase with an open center. Also, keep in mind when clipping that you should not leave buds that will grow into crossing branches.

There are a couple of reasons why crossing rose branches are not healthy for the plant. First, it increases the amount of irritation. Second, if the needles of the rose bush rub against the other stem in the wind, it causes bruising, abrasion, and damage to the stem. That increases the risk for disease and destruction of the rose branch or the entire bush.

Also, when clipping the old-growth its best to get as close to the main stem as possible, preferably leaving the stem that will grow facing outward instead of inward (inward growing branches will often grow into a center of a rose bush causing branches to cross).

The picture below is of the same Rose bush 4 weeks later.

Watch a YouTube Video Below on How to Prune a Rose Bush.

If you enjoyed this video, please Subscribe to my YouTube channel, and be sure to click the bell icon so you can be the first to know of a new video release!

Looking for more Gardening tips? Check it out HERE!

My passion is to share my experience growing, weeding and fertilizing flower, fruit, herb, and vegetable gardens. Also, I will be sharing recipes, how to harvest and preserve homegrown fruits and vegetables. Read More About Me → 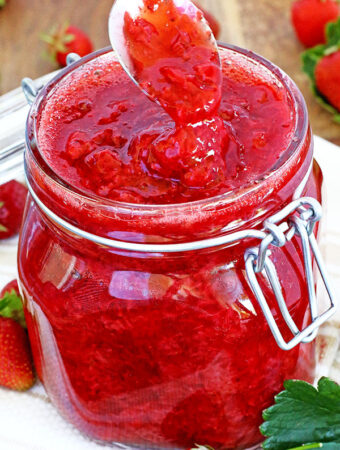 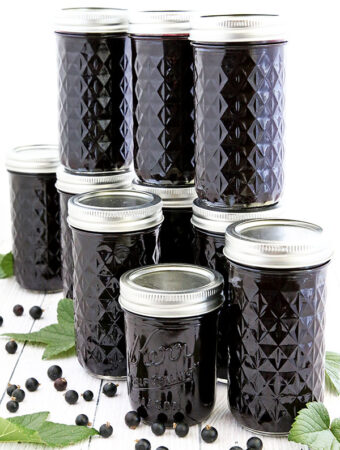 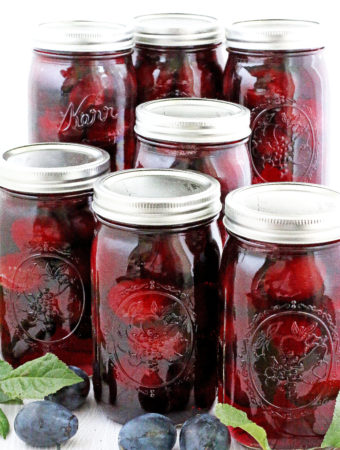 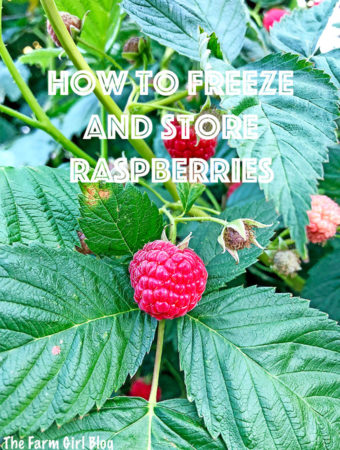 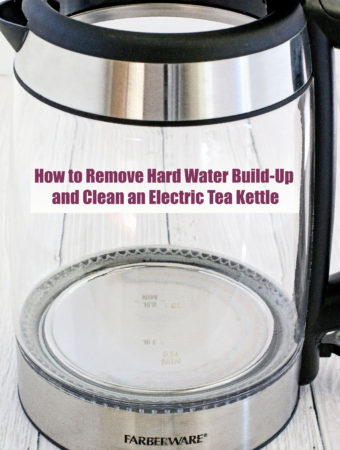 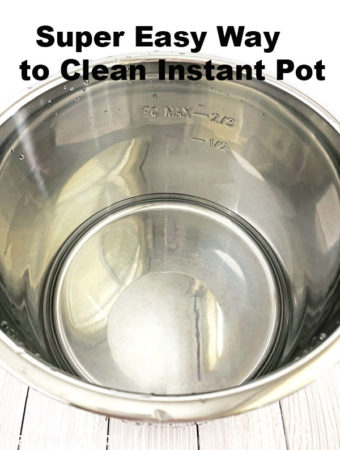 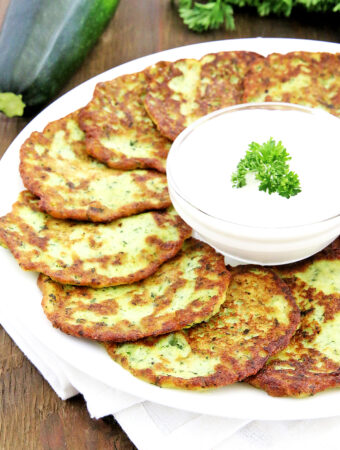 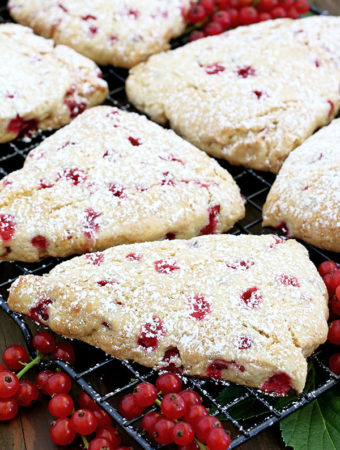 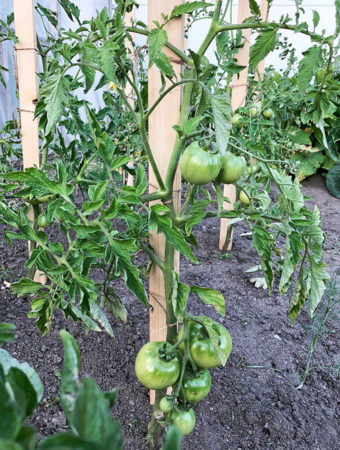 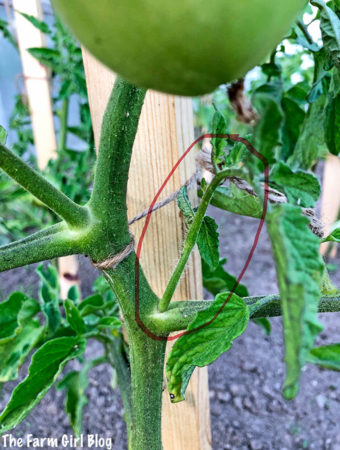 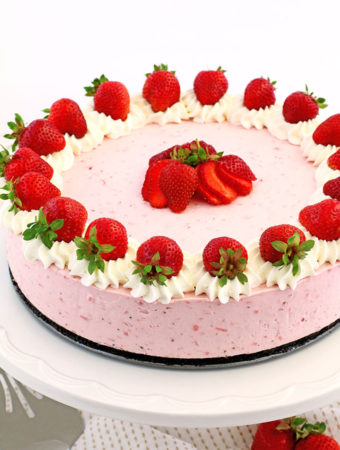 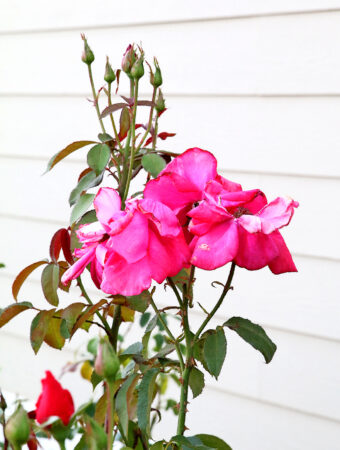 My passion is to share my experience growing, weeding and fertilizing flower, fruit, and vegetable garden. Organizations and tips. Also, I will be sharing recipes, and how to harvest homegrown fruits and vegetables. Read More…

Duplication of the content found on The Farm Girl Blog is prohibited. The featured picture of the recipe only may be shared with a link back to https://thefarmgirlblog.com. Please contact me for permission before using any of my work. All images and contents are copyright protected so please don’t copy or claim my work as yours.